Nigeria closed its border with Benin on August 20 in an attempt to stop the smuggling of contraband goods, including food and petrol, across the border. This decision by Africa’s leading economic power has had disastrous effects on vegetable growers in Benin, who are now struggling to sell their produce. 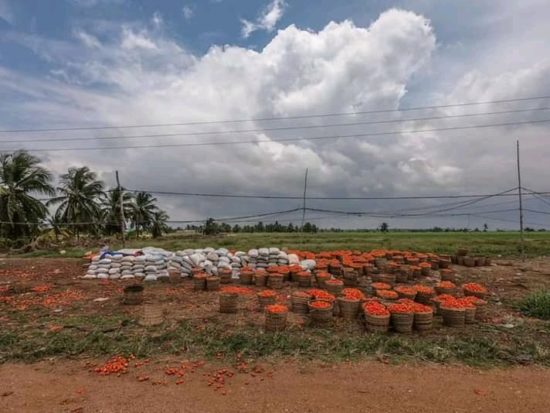 Now it is common to see spoiled, unsold vegetables abandoned by the side of the road or, in some cases, even rotting on the vine.

Dozens of baskets of rotten tomatoes were abandoned by the side of the road in Grand-Popo, Benin. 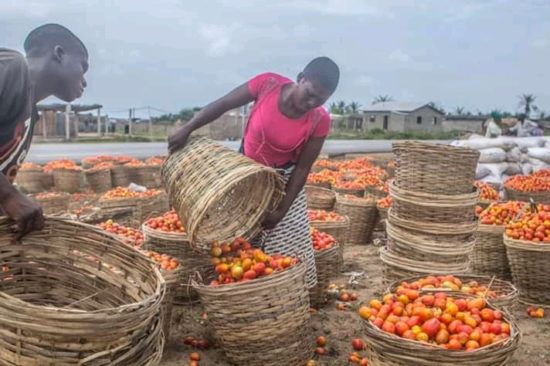 Nigeria made the unilateral decision to shut its border with Benin in August and soon after also closed sections of its border with Cameroon and Niger, in an attempt to clamp down on the smuggling of contraband goods, including petrol and food. One key concern cited by authorities was the rice that Beninese traders import from Asia and then illegally re-export to Nigeria. According to the Nigerian authorities, the importation of these goods jeopardises the country’s agricultural policy aimed at achieving food autonomy.

But these protectionist measures taken by President Muhammadu Buhari have had disastrous consequences on Beninese farmers, many of whom sell their produce on the Nigerian market. They’ve suffered significant losses since the border closure. 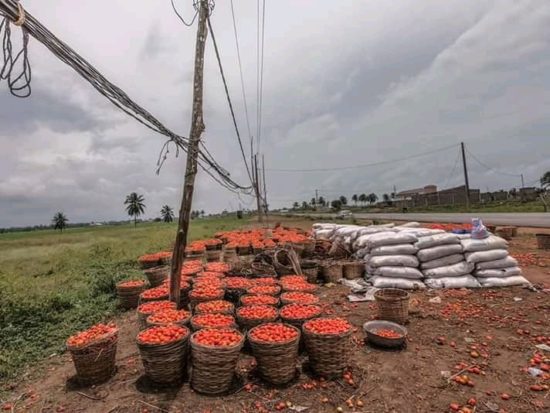 ‘It’s been hard since Nigeria shut its border’

Charles Acakpo is the president of a vegetable-growing collective in Houéyiho, a swampy area measuring about 37 acres in the centre of Cotonou.

A total of 337 farmers grow their vegetables on this land as part of the collective.

Before the borders were closed, lots of Nigerians came to buy our produce. We sold them about 15 tons of vegetables a month, which represented about 75 percent of our total production. They were especially fond of our lettuces and our carrots.

But it has been really hard since Nigeria closed its borders. We are really struggling to sell our produce. Here in Cotonou there is much less demand. People aren’t buying, so we’ve suffered enormous losses.

We’d like our government to negotiate a re-opening of the border with the Nigerian government. That would be a good thing for us and business could start back up on both sides of the border.