Why You Should Add The “Forbidden Rice” To Your Diet

Black rice has been eaten in regions of Asia for thousands of years; in fact for centuries. It was reserved for only Chinese royalty and that is why it is sometimes referred to as Emperor’s Rice.

Black rice is also referred to as “forbidden rice” because thousands of years ago in ancient China, noble Chinese men took possession of every grain of the black forbidden rice, banning its consumption among anyone who was not royalty or very wealthy.

The crop was only grown in very limited quantities, closely monitored, and reserved for only the highest elite class. The common Chinese people were not allowed to grow or consume this black forbidden rice, which led to its unique name that it still carries with it today.

Today it is no longer forbidden, but still  grown in relatively small amounts especially compared to other types of widely available rice varieties. It is picking up in popularity and popping up in more health food stores across the US, Australia, and Europe, as people are beginning to discover the numerous health benefits that the whole grain has to offer.

Benefits Of The Forbidden Rice

Despite being less popular than brown rice or wild rice, black rice, known as forbidden rice, is an ancient grain that has even more impressive health benefits than most other closely related rice varieties. 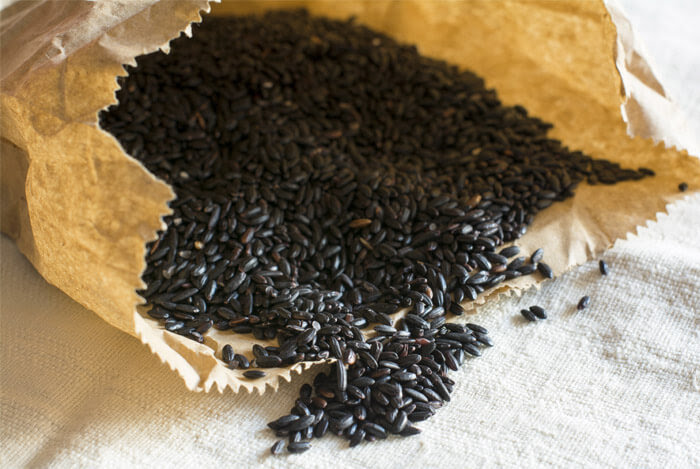 While inflammation is a healthy bodily response to foreign bacteria and viruses, sometimes inflammation can get out of control, which is most definitely not a good thing!

Researchers from the University of Suwon in South Korea carried out on both black rice bran and brown rice bran for their effectiveness against skin inflammation.

Another study, published in the Journal of International Immunopharmacology,  found that the main constituent of black rice (C3G) is highly effective at suppressing inflammation in the body. 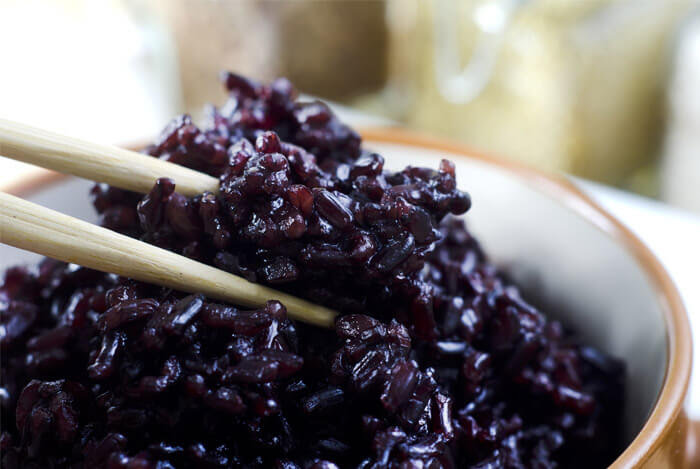 Another supposed health benefit of black rice is helping people reach or maintain a healthy weight.

Black rice is rich in fibre and several studies have emphasized the importance of fiber in maintaining a healthy weight. Because our bodies digest fiber slowly, high fiber foods keep us fuller for longer, preventing hunger, and cravings. 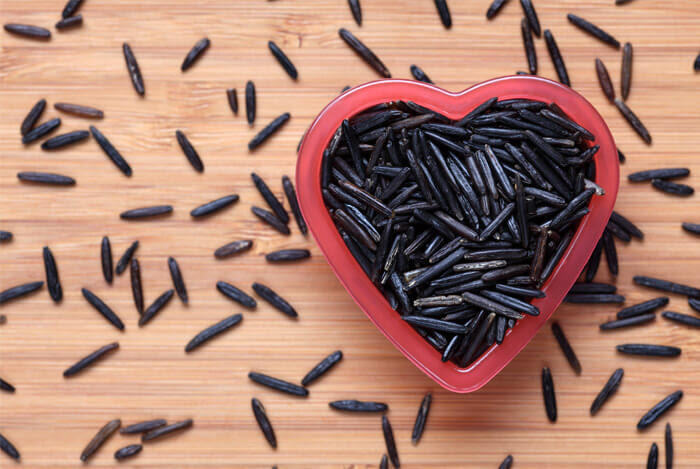 Black rice decreases atherosclerotic plaque in the arteries but it doesn’t protect your heart and arteries.

When this plaque builds up, it causes the arteries to harden and become blocked.

It’s a major risk factor for both heart attack and stroke. 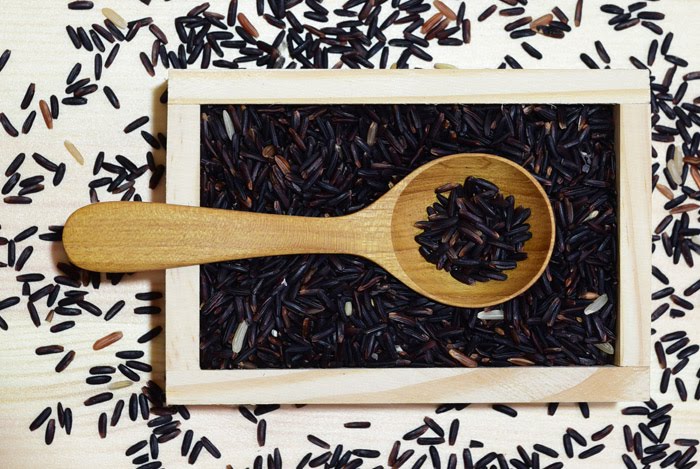 The liver is one of our biggest organs, responsible for processing many nutrients from our food into materials that our body can use and regulating hormones.

Black rice has great effect on memory and learning because it is anthocyanin rich. There are plenty researches that link antioxidants, in particular anthocyanin, with brain function.

Some researchers believe oxidative stress contributes to memory impairment, so it makes sense that antioxidants will counteract this to an extent.

Eating anthocyanin-rich foods can delay mental aging by up to two and a half years. Many results have shown that even greater intakes of anthocyanins and other flavonoids were associated with even slower rates of cognitive decline. 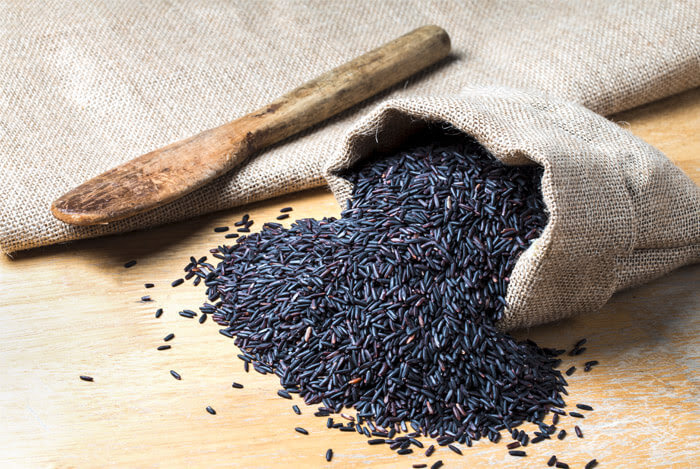 Anthocyanins, like other antioxidants, help protect the body from free radical damage, which can lead to cancer. The ability of black rice anthocyanins to stop tumour metastasis, the spread of cancer to other parts of the body.

This spread is a significant source of cancer death so scientists are constantly looking at ways to stop this from happening.

A more recent study, from 2014, indicated that black rice anthocyanins have the potential to stop tumor metastasis in breast cancer cells.

While these studies show that black rice shows some promise in preventing the spread of cancer, it’s not by any means a cure.

How To Cook Black Rice

Because it is unrefined and denser than white rice, black rice takes longer to cook. The best results can be achieved by first soaking your black rice for at least one hour before cooking it, but preferably for several hours.

If you can plan ahead of time and soak your rice, you will cut down on the amount of cooking time required and also make the nutrients in the rice more absorbable.

Check the texture of the rice after this time to see if it is chewy and cooked through; if not, keep boiling until it reaches the texture you’re looking for.

Where To Purchase Black Rice

At this time, you can likely find it in most health food stores and large gourmet food markets, in addition to Asian supermarkets or order for it online. The hope is that as more people learn about black rice’s benefits and demand it, black rice will probably become more widely available at larger chain supermarkets and restaurants.

Although black rice contains beneficial nutrients, grains are usually most beneficial when they are eaten in moderation as part of an otherwise healthy and well-rounded diet.

Even though black rice does contain more fiber and antioxidants than refined grains or carbohydrate foods, all grains still have the ability to affect blood glucose levels.